Alyson has spent the last thirty years living and working overseas in education. She writes short stories and travel pieces and has been published in magazines in the UK and online. She has several incomplete novels lurking in the depths of her computer which some day she hopes to finish but flash fiction remains her favourite medium.

In town, the curling faded postcards depict an aquamarine sea that is undoubtedly bathtub warm and as clear as glass.
Today, however, the steel grey ocean snarls and flecks of white spittle decorate the curling lips of the waves. Breakers smash up on the beach, stretching as far as they dare and dragging away the sand as they leave. Between the waves, eddies appear, like bubbling cauldrons spewing foam from deep within.
“Lucky we’ve got the beach hut for the week,” Dad says, his words immediately ripped away by the wind.
He leads the way carrying the cool box while Mum toils behind with several camping chairs and a bag of towels. Danny and | trail at the rear,

struggling to walk in new flip-flops, carting a tangle of buckets, spades and inflatable toys.

Inside the hut we huddle in jackets, cupping tea brewed on the primus, while we listen to the wind hurt spray against the wooden hut.

“We’re being watched,” Dad says, nodding through the open door. Out beyond the breakers, two heads bob in and out of the water, dark soulful eyes fixed on us.
“Atlantic grey seals,” Dad adds, peering through the binoculars. “Nosy blighters. Nothing to see here.” He motions at them to go away.
“Can | see?” Danny holds out a hand for the binoculars. Grudgingly, Dad passes them over and Danny grins as he looks through the lenses. “Pd like to swim with them,” Danny says.

Mum flinches and stares down at her tea. Danny and | don’t look at each other. We sit, stiff and tense, as the air pulses with unsaid words. The hut is too small for all of us.

Next day the sea is calmer, and we can explore the beach. Danny builds an enormous sand castle, digging a moat and piling sand up in a mound. He empties buckets of compacted sand around the edge to make turrets. I find him shells to decorate the towers.

Two boys come across and stand watching. Saying nothing, they squat and use their hands to scrape out more sand from around the moat. In some silent understanding, the three boys dig a canal from the castle down to the water’s edge. As the tide turns, they try to protect the stronghold, shovelling up barriers of sand until they are all covered in it and rush into the sea, laughing and giggling to wash off.

The pattern of the holiday is set. For a couple of days, the sun comes out, and the sea is invitingly calm. Danny swims with his friends and they push each other off the inflatable dolphin or kick a ball about on the beach. The three of them slip between the land and the water as if there is no dividing line.

Mum keeps on her long-sleeved shirt and dark glasses as she dozes in her chair. Dad scans the beach with his binoculars and gives a running commentary on what other people are doing.
| stretch out on my towel, listening to my music, wondering what I will tell my friends when we get back home.

“ don’t want to leave,” Danny whispers to me that night, back at the hotel. “It’s better here, isn’t it?”

Our last day and the wind picks up, pummelling the wooden beach hut until it creaks and groans. The wooden shutters rattle.

Mum, Dad and I stay under shelter as the sky turns slate grey and clouds scud across the sky. Large drops of rain pockmark the ocean surface while the waves rise up and start snapping at the beach. Danny spends the last afternoon with his friends.

As the waves crest, they smash down on the sand, disintegrating into a lacy residue. Seagulls are tossed about like discarded sweet wrappers. The air tastes of salt and it’s hard to hear each other speak over the noise of the sea.

“Time to go,” Dad says, packing up the chairs. Mum shivers and appears about to argue but then thinks better of it and puts towels and biscuits in her bag. | gather up the buckets and spades.

“Danny! Time to go,” Dad yells from the doorway jangling the beach hut keys in his hand.

He waits expectantly for Danny to scamper back. When he doesn’t immediately appear, Dad cracks his knuckles, scowling. Something heavy lodges in my stomach and Mum twitches. lt doesn’t do to keep Dad waiting. But as we look out of the hut the beach is emptying. The wind increases and it begins to rain. People beat a retreat to cafes or their hotels. Our beach hut is the only one still open.

“Where is he?” Dad snarls, flecks of white spittle decorating the angry curl of his lip. “I thought you were watching him.”

“You were by the door,” she retorts, but | wish she hadn’t because Dad’s arm lashes out and smashes across her face, knocking her sunglasses to the ground and exposing the nicotine coloured ring around her left eye. Blood bubbies up under the skin of her cheek and tears glaze her eves.

| slip away on to the sand, searching round behind the beach huts. “Danny! Danny!” | yell, circling back to the water’s edge.

Above the tide line, just beyond the reach of the sea, I find, neatly paired, Danny’s flip-flops.

Out beyond the breakers three heads with dark soulful eyes watch me, and | think a flipper waves before the next swell takes them away, leaving a lacy frill§ of foam between the waves. 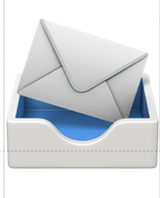